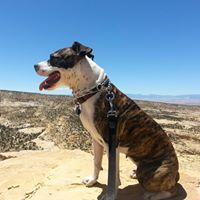 These are replacement cabin sounds for the boarding, in-flight, and deboarding phases of flight.  They were recorded on an American Airlines A321.  And as such, are better suited for the American carriers as opposed to the default sounds that were obviously recorded on a European flight.  Props to FSLabs for making a system that makes these sounds even possible!

These sounds have only been tested in p3d v4.1, so I don't know if they will work in FSX or any other variant.

MAKE BACKUPS of your original files first.  If you do not, only a full reinstall of the aircraft will restore the default sounds.

TO INSTALL: Locate the 'Cabin' folder within the 'Enviro' folder in your FSLabs 'Sound' folder.  The path should be similar to "C:\Users\yourcomputernamehere\Documents\Prepar3D v4 Add-ons\FSLabs\Sound\FSLabs\A320X\Enviro\Cabin

Open the .rar folder and move all of the sounds from there to the 'Cabin' folder, overwriting the originals when prompted.