IMPORTANT: This Repaint REQUIRES the following files to be installed to appear as intended:

Features a complete overhaul of the default FSL A319 paint kit including:

I have given the aircraft a "weathered" look to it, depicting how it was before being repainted into easyJet's current scheme.

Simply drag and drop into your "FSLabs A319 CFM" folder

Many thanks to @Hugo Bicho, @Daniel Du Preez and @John Tavendale for access to the custom paint kit.

Check out their work by clicking on the tags above!

Thanks once again to @Hugo Bicho for allowing me to use his interior textures. 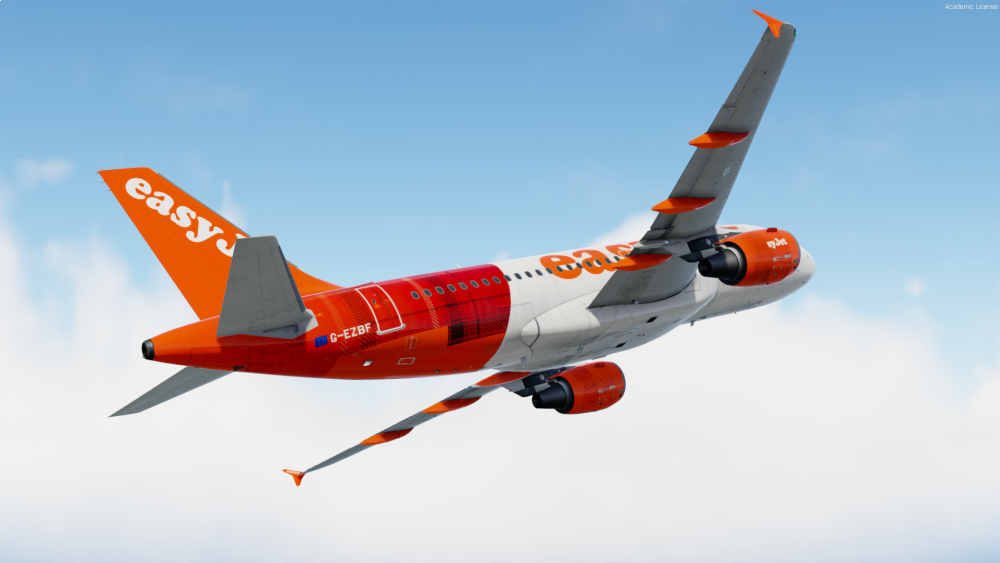