They will each be sold as expansions to our A320-X base product at a fraction of the cost.  We have an opportunity to model each variant in the same detail as our A320-X: different engine perform 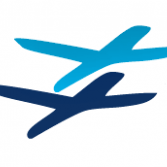 Probably some time after today.