That's not correct, however. The limitation on autopilot engagement in the FCOM is MDA for a non-precision approach, or 1

Hi guys, As you may know, i have concerns regarding the current flare mode of the bus, so I decided to check the Autoland and I think that there is a flaw too. Indeed, the bus barely flared and smas 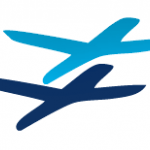 So my test was for what? For you to say i am wrong. Thats me out of this convo.