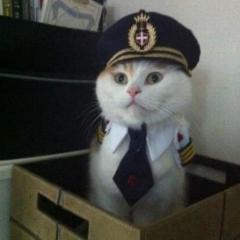 / ! \ This pack is a temporary pack to wait for more talented painters to do these liveries. Please don't lose motivation of doing easyJet liveries, these are not perfect / ! \

DISCLAIMER: I only changed registrations of existing easyJet liveries (with the painter's agreement of course). These are not perfect ! For instance, the sticker "Operated by easyJet Europe" is missing, the registration font is maybe not as thick or as correct as in real life and the registration under the wing is maybe a bit bigger than real life. I initially made these liveries for me only but thought that it would be selfish to keep them to myself since I know many people wanna fly non-special EJU liveries.

When a better pack or better liveries are posted, feel free to contact me. I will be more than happy to remove it from my pack and link yours instead.

Originally painted by @Hugo Bicho, full credit goes to him for his work.
I only changed the registrations.

Originally painted by @John Tavendale, full credit goes to him for his work.
He aswell used some of @Hugo Bicho and @Christian Mohr's work.
I only changed the registrations.

Full work of @Hugo Bicho, all I did was copy paste his files.

I joined the registration.cfg of each aircraft. All weights are not reflecting the real aircraft weights since I don't have them (yet), I only used MTOWs, MZFWs and MLWs that are used in the easyJet fleet in real life and generated random DOWs (one exception : OE-LSZ has the real weights).

These files reflect however the real easyJet options, SELCAL codes, MSN and callouts.

I did not make aircrafts already painted (such as OE-LQX, OE-LQY and OE-LKF available on the forums).

As I said previously, the regs are not perfect, they are "temporary" while painters make better versions but will remain as an alternative if nobody makes them.
If you find something I can fix/improve though, please let me know.

My hard work put into re-registering all these aircrafts is nothing compared to the work and talent put into the original paints. Thank you very much for your devotion to this community by making quality and free repaints for us! If you have extra money to spend though, I don't think @John Tavendale or @Hugo Bicho would mind a donation