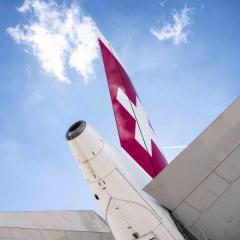 The wing textures are based on the @Christian Mohr work

For remarks or some reports : Thanks to @Bernardo Reis